Meet the board: Sharon

As Drienerlo’s chairman, she is usually first in line. For this interview series however, last but not least: Sharon! 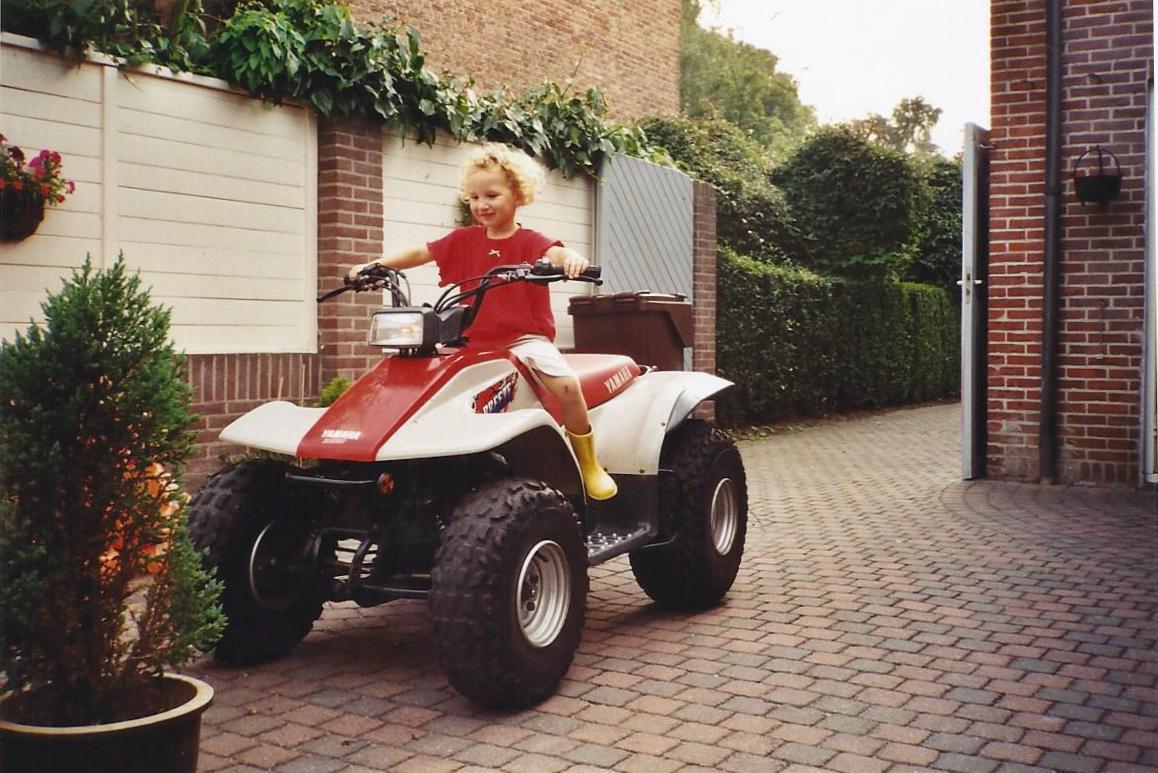 What are your main tasks as the chairman of v.v. Drienerlo?

As the chairman I always have to keep the overview, so I make sure that I am aware of everything going on. I am responsible for the monthly email to update all members and I organize the general assembly and board meetings.

Did you have more efficient board meetings the past few months when you had to hold them online?

No, in fact, because we did not have the time pressure of at least one us having to leave for football practice afterwards! After the general assembly which took place a few weeks ago, Jeroen, Dion and I stayed talking on Skype until 3 a.m. which was real fun. But I am happy that we can now see each other in real life a bit more often again. We recently spent an afternoon with the board in the Volkspark, which was our first physical meeting since the lockdown.

What has it been like to be a board member the past few months?

Much less fun. Until the Corona lockdown, I enjoyed being in the board a lot, but only doing tedious tasks from your student room is not so much fun. I had to communicate a lot of bad news, such as the cancellation of events. But it is slowly getting better now. Let’s see how we can make the best out of it the remaining months! Overall, it has been a very nice year.

Test question: Did you know the Drienerlo song is not the official club anthem?

Yes, I know it is just the ‘promo song’. About the official club anthem, I have no clue what it sounds like or what the lyrics are…

What is your favorite Drienerlo activity?

What I enjoy most is spending my Saturdays in the sports canteen. This season, I often spent the entire day in the canteen because our home matches were played as early as 10 am. At some point in the afternoon, most of the ladies went home, but I would just stay around and join other teams, such as V5. It reminds me of back home.

Where is this ‘back home’ – where did you grow up?

In Giessen, a small village in Brabant. My dad and brother played at the local football club, so ever since I could walk, I spent my Saturdays on and around the pitch. Watching my dad and brother play, watching the first team, building tree houses next to the pitch… Like I said, Giessen is very small, so the club is basically located in the woods.

When did you start playing football yourself?

As soon I was allowed! I was 5 years old and my parents actually wanted me to finish my swimming lessons first, but my progress there was slow (red: this story sounds familiar). Again, since Giessen is not very big, we did not have a girls team until I was 18. Until then I played football with the boys.

Let’s have a look at what your fellow board members said about you in the questionnaire you all filled in some time ago. What do you think?

I think they might have said that I do a lot. And, hopefully, that they still like me.

Indeed, among “most appreciated properties” your fellow board members mentioned that you are always willing to help and often the first one to sacrifice your (free) time. This makes it sound like maybe the others are not doing enough?

No, I don’t feel like that at all! I think the whole board is always very much willing to help each other out.

They also appreciate that you are always present – whether it is a party or a meeting.

This is not so much because I am in the board and feel obliged to be present. Already before this year, you would find me at basically every Drienerlo activity.

Maybe it has to do with one of your weaker aspects mentioned in the questionnaire: not having a backbone?

Yes, this is a bit unfortunate for me.  FOMO is a serious thing here, so the mornings can be a bit tough sometimes. Noor dragged me out of the Vestingbar one time because I just did not want to go home but we had to play a match the next morning.

Your fellow board members think you will be the first one to get a child, mostly because you are the oldest. What do you think?

I think it is more likely that I will be the last one!

Could you comment on this beautiful quote describing you that was written down in the questionnaire?
“Sharon is like that mom who does not tell when the goldfishes have died but just buys new ones. Not in particular to protect someone’s feelings, but because it is the most practical solution – you already have that fishbowl after all.”

I fully agree, I have a very practical attitude.

Most of the board members think you are the most sportive person of the group. Comments are ‘fittest player of Ladies 1”, “runs a lot during matches” and “she even claims to go to the gym now and then”.

The latter two are true! About the first comment I am not too sure, since I am injured all the time…

Do you have a favorite sport next to football?

Not really. I have played tennis for a while, but I love doing sports in general. I do not have a strong preference.

Some board members not only think you are very sporty, but also think you make the most fouls. It was suggested you can be a bit too competitive sometimes. Can you comment?

Well, I think I behave very well on the pitch. This is partly due to the fact that here the ladies’ behavior on the pitch is very nice in general. My former team was quite different, there I was one of the calmest players…

Time to wrap it up! Is there any lifehack, tip or motto you would like to share with all Drienerlo members?