Meet the board: Jeroen 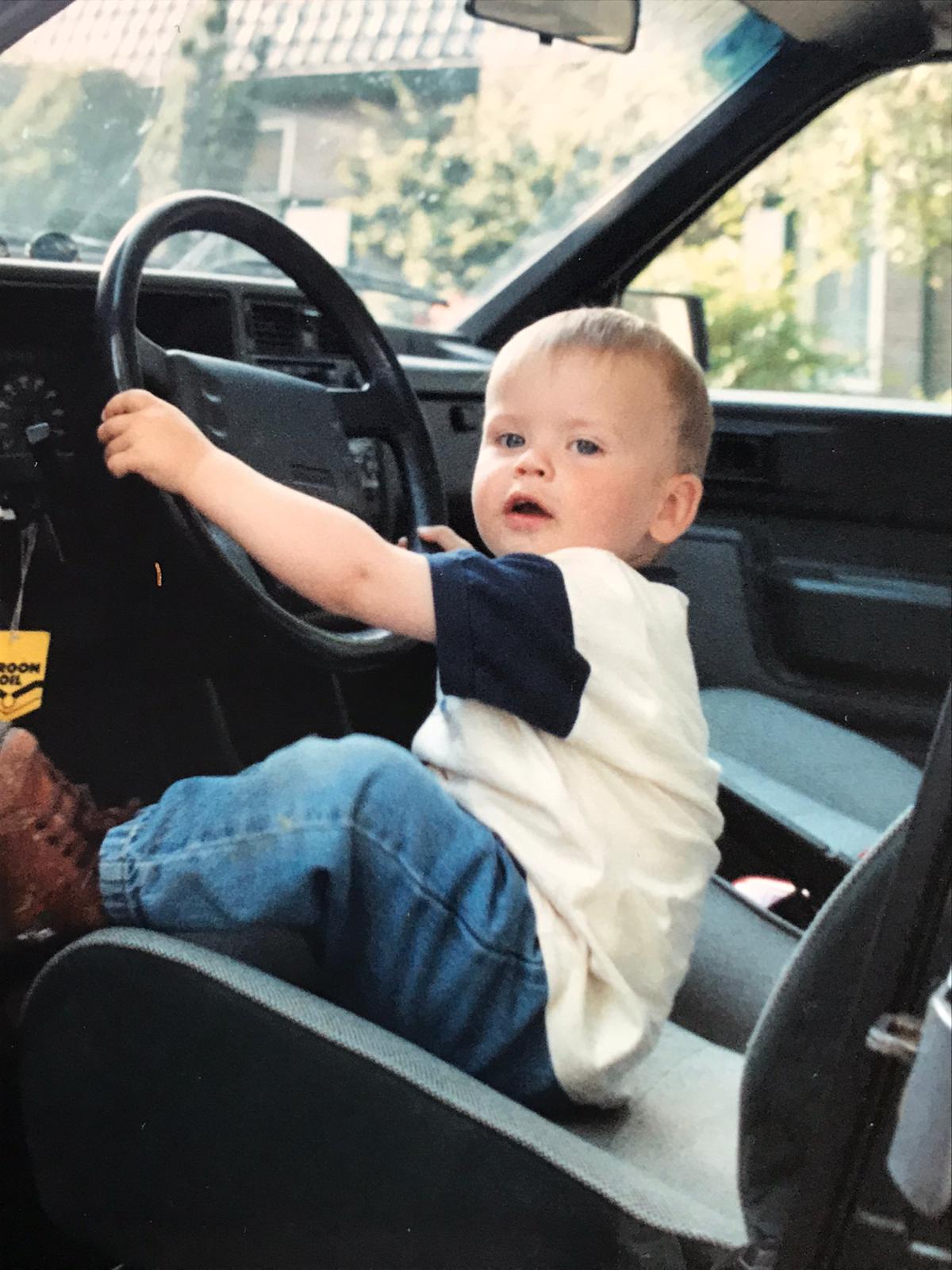 Do you have nicknames?

I only have one that my housemates call me sometimes: Lil’ Tripple. Lil’ because I often listened to Lil’ Kleine’s music for a while and Tripple because I am into playing darts.

Where are you from?

Ede, where I lived with my parents and younger sister. I moved to Enschede 2.5 years ago.

Did you move here for your studies?

Yes, I started studying industrial engineering & management (TBK) but did not earn enough study credits for the binding recommendation. It was a very close call, it depended on just one course. In my second year I started with my current study: international business administration (IBA). It is quite nice, and it has some similarities with TBK.

When did you start playing football in general, and for Drienerlo?

I played for DTS in Ede since I was 6 years old until I moved to Enschede. I did not join Drienerlo immediately. Together with Dennis, Jan-Hein and Jan is was ‘scouted’ during the StAf tournament in my first year, when playing for our study association Stress. Roman van den Boog approached us and asked if we wanted to join a training with Drienerlo’s first team sometime.

What has been the highlight of your football career so far?

Umm… (joking) hard to choose from so many highlights! When I was 15 or so, we reached the semi-finals of the cup, that was really cool.

Do you have a favorite professional football club and/or player?

I have always supported Ajax, influenced by my dad. In addition, I am a fan of Barcelona. Both clubs have a beautiful playing style and vision. As my favorite player I would choose Messi. The way he handles the ball has something magical, no one else can do that.

What did you do to stay fit the past few months?

Nothing at all. Well, I trained for the Batavierenrace one time but got injured while doing so.

How did you become part of this board?

Actually, it happened quite randomly. The other four had already formed a candidate board and were still looking for a fifth person to join the group. I visited a ‘board interest drink’, gave it a good thought afterwards and decided to go for it! One of the reasons that I did not rush into it at first was that I was still in my first year after switching studies, and I wanted to make sure to pass the year. However, I was convinced that it would be useful to do a board year at some point during my studies. I have absolutely no regrets!

How do you combine studying with your board year?

I planned to gain 63 ECs this year, so it is quite a lot combined with football and a board year. It is doable, although I did not pass everything. If I would have had a larger function within the board, such as chairman, I don’t think I would manage to combine it with studying full-time.

Could you explain your main tasks as internal/external in the board?

Organizing Drienerlo’s internal competitions, IVC and IZC. This includes for example making the playing scheme and discuss ongoing matters with team captains. Communication is very important in this function.

Did you participate in any Drienerlo committees before joining the board?

Yes, but only in the promotion committee, which was not very active at the time. I believe we had one meeting and that was all. However, I have been active within my own team, organizing team activities and such things.

Test question: Can you estimate what was the contribution fee during the first year of Drienerlo’s existence?

Oof, no idea, but it was probably very little. I would guess 30 gulden? (Red: It was only 5 gulden!) What? That is hardly more than you spend for one dinner!

Speaking about dinner… A while ago, you and your fellow board members answered some questions about each other. It turns out that your cooking skills are much appreciated! Would you agree?

I agree, my housemates taught me very well. One of them, Pelders, was a Drienerlo member as well. By now, I really enjoy cooking.

Another remarkable result from the questionnaire was that your fellow board members would like you to be present more often during meetings and activities. Do they have a point?

Yes, it is true that I have been absent quite often, although I think it is improving. Especially during the first months, I had some difficulties adjusting to being in the board and combining everything in my life.

In the questionnaire, each of you had to appoint the others to either 1) being prime minister of the Netherlands, 2) ending up in prison, 3) being your forever-roommate or 4) one-man board of Drienerlo. In which role do you think others put you?

Roommate or prison, I would guess.

Those were both mentioned once, but you were put in the role of prime minister twice!

I don’t see myself in that position… I could not stand having to behave politically correct all the time!

Last question, as usual: do you have a lifehack or tip you would like to share with all Drienerlo members?

Not really, no. (after thinking shortly) Maybe I do! Take a cold shower in the morning, that really wakes you up. I have been doing this lately. It is supposed to be beneficial for your immune system as well.