Meet the board: Noor 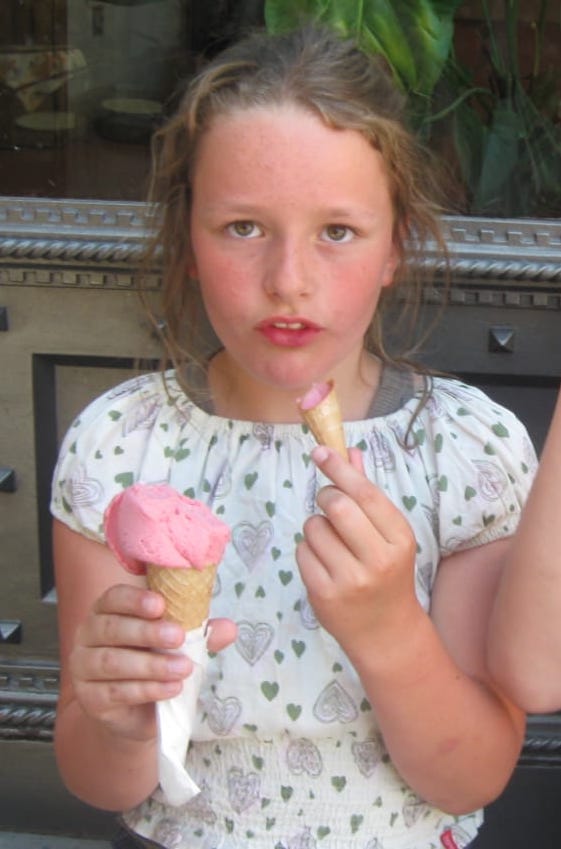 For this interview, we meet Noor via Skype from her parental house in Assen, where she is currently enjoying 'Hotel Mama'.

Do you have nicknames?

Yes, in my previous football team I was called Cornoor because I always took the corner kicks. Another nickname is ‘cat food’ because of my last name. Many words rhyme to my first name, so a lot of nicknames have been around.

When did you start playing football?

When I was 6 or 7 years old. In fact, I did not earn all the swimming diplomas because I was not allowed to start playing football when still having swimming classes. I played in mixed teams until my football club set up the first girls’ team, which was in the C-juniors category (< 15y). Many of the girls in that team have remained my teammates until I came to Drienerlo.

When did you make the transfer to Drienerlo?

Last year, when I moved to Enschede for my studies, I became a training member. This year, I played my first season for Drienerlo’s first team.

What position do you play?

Now central defender, but in my former team I used to play center-mid. During my first years, I have played at many different positions, even goalkeeper. In fact, I was the goalie when we became champions when I was 8 or 9 years old! To celebrate, we went to a fun park and we all were taken on a short ride in a cabrio (owned by a teammate’s parents). Made a big impression!

Do you support any football club?

Yes: Ajax and Dortmund. My dad is an Ajax supporter, so I grew up with it. My love for Dortmund developed later, and after I had gotten the chance to visit a few games, I was completely sold! The atmosphere in their stadium is amazing.

What are your main activities as the secretary of Drienerlo?

My main activities are keeping track of the membership records, taking minutes of all board meetings and general assemblies, and supervising several committees.

As a board member, you presumably know all about Drienerlo and its history. Last time, we asked Dion for the founding date of Drienerlo. For you we prepared a new test question: what does 'BSIT' stand for?

(laughs) I kind of prepared on the founding date question, but oof… I do know TISC, but BSIT… I’m afraid not. (Find the answer at https://vvdrienerlo.nl/pages/BSIT)

How do you combine studying and boarding?

To study more efficiently, I try to get most out of the lectures. This means I really pay attention and tell my classmates to shut up when they want to chat during lectures.  My time division between study and board work is different from week to week; I have several reexams coming up, so I hope to earn a lot of study credits soon. Finally, I find it important to have some free time so only in very exceptional cases you will only find me studying or doing tasks for Drienerlo late at night.

Prior to this interview, we asked all board members to answer questions about each other. What do you think your fellow board members said about you?

Probably a lot about my jokes – both good and bad ones. I expect they also said something about my rude play at the football pitch, and I hope they said that I am fun to be around with!

Seems you are rather self-aware; all those things were indeed mentioned! Interestingly, they think that you make the best jokes, but also the worst ones, your well-known ‘kutgrappen’. What would be the best English translation, in your view?

I guess that would be ‘shitty jokes’.

We heard you keep track of a Noor’s-shitty-jokes-counter during the board meetings. Can you still make as many jokes now, seen the fact that you cannot have your board meetings in real-life?

We have our meetings via Skype now and slightly less frequently, depending on how much there is to discuss. But yes, I still make jokes during our digital meetings. Today I had a good score!

What is the total count so far?

I would guess that the average count is 5 per meeting, we have had weekly meetings for about half a year… must be around 100!

In the questionnaire everyone was asked to match each board member with a character from the series Friends.  Who do you think is your best match?

Chandler, obviously, because he makes the same kind of jokes.

That was indeed the most frequently given answer. However, you were also matched to Joey, apparently because you are said to be slow-witted just like him. To illustrate this, one of your fellow board members referred to a story about turpentine-based paint. Could you explain that to us?

(laughs) Sharon, Jeroen and I had been working on a Drienerlo merchandise stand which of course had to painted green. Afterwards, Sharon asked me to throw the painting stuff in the trash, but I felt like that would be a waste, so I decided to wash it in the sink. I didn’t realize that would not work for turpentine-based paint… That is of course why Sharon and Jeroen suggested to just throw it out but indeed, sometimes I understand things a bit later than everyone else! The result: a completely green sink, green kitchen and green Noor. Of course, we could not find turpentine anywhere in the building, so after an unsuccessful attempt to clean my hands with toilet paper, I headed to the supermarket to buy a bottle of turpentine, with my hands covered in green paint and pieces of toilet paper.

It’s clear you make others laugh a lot. What makes you laugh? What series or comedians are typically your sense of humor?

Do you know what you would have been called if you were a boy?

I’m not sure, but I do know that my parents considered to call me Roos, but then they met a family from Twente on holiday. Their daughter was called Roos and after the holiday they couldn’t hear it any other way than ‘Roooos’ (Twents pronunciation, red.). So, Roos was not an option anymore.

And what would you like to be your name if you were a guinea pig?

Imagine it is the first night after the Corona-crisis and you HAVE to choose between the following two activities: playing football or going out for drinks?

Hard choice, but I would go for the drinks. In a more realistic situation, I would have played football at daytime already before I’d go for drinks at night.

Do you have any tips for Drienerlo members to fight boredom these days?

Find a new hobby: help your parents with gardening, learn how to play an instrument, solve puzzles… or write a letter to polar bear Knudde!

Yes, did you know that you can toast sandwiches using a clothes iron, if you don’t have a toaster/tosti iron?! By the way, I doubt that it works the other way around…